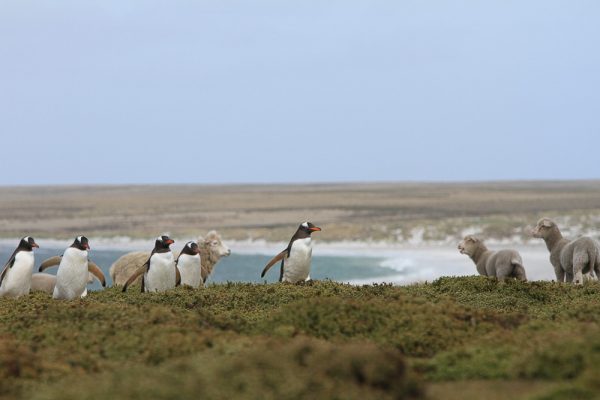 There are many threats to penguins. From toxic plastics, resource competition, habitat destruction to invasive species, these animals need as much help as we can possibly give them. First, we will look into the problem’s penguins are facing on a regular basis and what can be done to help now and in the future.

In a 2015 study, Wilcox and his colleagues predicted that the concentration of plastics found in the ocean globally would be up to 580,000 pieces per km2 affecting around 186 different seabird species including penguins[1]. The two main ways that plastic effects wildlife is through ingestion and entanglement. Ingestion ranges in its effects, causing blockages in the gut and the leaching of toxins that eventually damage vital organs, which can lead to cancers and offspring birth defects[2]. Entanglement is just as fatal, with many species unable to free themselves from non – perishable plastics and discarded fishing equipment. Leading us onto the next threat to penguins: overfishing. 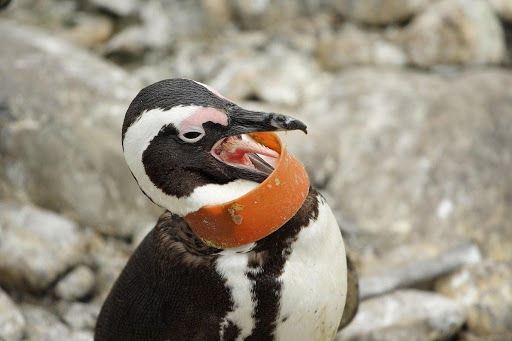 Image  1 : An African Penguin struggling to free his/her bill from a piece of plastic debris. This will inhibit his/her ability to eat, appropriately swim and even effectively breathe. (Source: Avery, 2018).

Penguin diets consists almost exclusively of fish. According Trathan, et al (2014), there is currently a shortage of studies that investigate the relationship and interactions that occur between commercial fishing and the effect on local penguin populations [3]. One of these such studies by Crawford, et al (2011) looked into the collapse of populations of penguins in South Africa. They found strong evidence to suggest that both the fishing industry and environmental instability played a part, with the penguins substituting sardines for nutrient lacking pelagic gobies [4]. Anchovies were also a staple for penguins in the past, but they also fell victim to overfishing when the sardines disappeared from the area during the 1060’s [5].

Chile is home to 80% of the world’s Humboldt Penguin population. An interesting Oceana- commissioned study found that nesting sites were being threatened by the creation of 2 open pit mines. To protect the species, Oceana Chile partnered with other NPOs (non-profit organisations) and the concerned Chilean community to oppose the development that would increase pollution and oil spills as well as create noise pollution, habitat loss and encroachment [6].

A lesser known issue for penguins is habitat degradation, caused by invasive or domestic species. An example of this can be seen in the Falkland Islands, where livestock is damaging vegetation cover for penguin chicks, which can be fatal during rainfall [7]. Large populations of grazing rabbits also have had this same effect on Macquarie Island, but more substantially their over-consumption of the land has led to major landslides decimating breeding grounds. The invasive species crisis isn’t a modern problem. It can be seen dating right back to the 1600’s when whalers and other sea dwelling humans introduced species such as black rats to the Galapagos Islands. A couple of hundred years later when the island’s human population increased, domestic animals such as dogs and pigs where also introduced, as well as cats. Records state that one cat that inhabited Isabela Island increased adult penguin mortality by 49% each year! [8]

How climate change directly effects penguins is still being researched. However, studies into how their environment is affected both in the short term and in the long term is extensive.

Increased snowfall as a result of warmer conditions is contributing to Adelie chick mortality in Antarctica [9]. Similarly, an increase in storm frequency in Argentina has resulted in increased reproductive failure in Magellanic Penguins [10]. Southern Rockhopper Penguins are declining due to the decrease in condition of parent penguins, due to lacking food resources, resulting in low survival success of hatchlings [11]. 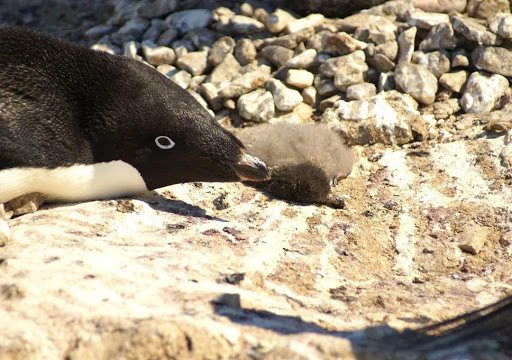 It’s pretty tricky to know how you can directly help penguins, especially when they live in remote parts of the world. But there are lots of ways you can help to create a healthy environment for them to live in. And you can do this without spending a penny (even saving a bit in some cases!) These include:

To help with the climate change crisis, you can:

You can also help in other ways, such as supporting Penguins International directly by:

What did you learn about all the threats to penguins and the simple things we can do to help? Let us know.  And please help us to continue to provide you with penguin news articles by donating to Penguins International.