By Penguins InternationalNovember 17, 2020 No Comments 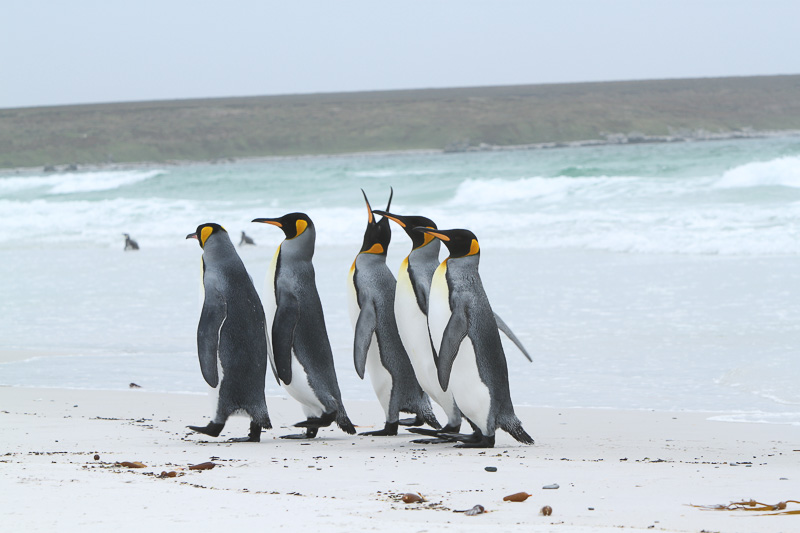 A “pride” of lions, a “pod” of dolphins, a “murder” of crows… There are plenty of different names for groups of animals. Some are familiar, like herds or packs, and some are wacky, like a “smack” of jellyfish or an “embarrassment” of pandas. These terms often have their roots in unusual or notable traits of the group they describe. Examples of this might include a “prickle” of porcupines or a “romp” of otters!

So, what in the world do we call a group of penguins?

It turns out the answer to that question depends on several different things, like age, location, and activity. A group of penguins is called many things. Let’s start with…

(1) A group of penguins is called a Waddle!

Everyone knows that penguins waddle. It’s one of their most endearing traits and is a result of their skeletal anatomy and hydrodynamic adaptations.

This is one of those group terms that come from a notable characteristic of the species. Specifically, it is often used to describe a group of penguins on land that are on the move!

(2) A group of penguins is called a Colony or a Rookery!

Penguins are social birds, and during the breeding season and other times of the year they congregate on land in groups of hundreds or even thousands of individuals! These large breeding groups are referred to as a colony or rookery. Penguins show a high degree of site-fidelity and will typically return to the same location, and sometimes even the same nest site, year after year. 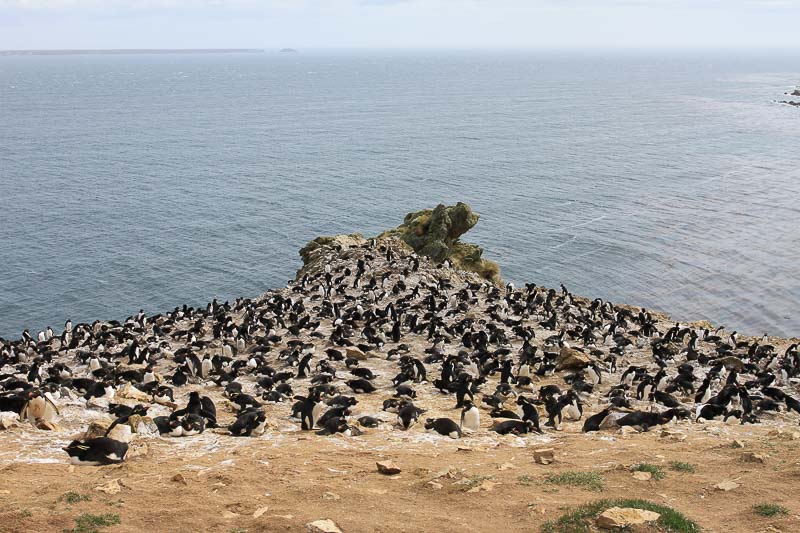 (3) A group of penguins is called a Crèche!

A crèche is a group of chicks that band together for safety in numbers while their parents hunt. This term can also be defined as “a place where young children are cared for during the day while their parents do something else.” So, kind of like a penguin daycare!

Within breeding colonies, penguin parents are hard at work raising chicks. This requires sharing of guard duty while the other parent is feeding at sea to bring back food for the young ones. However, penguin chicks grow very quickly. After a certain point, usually around 4-5 weeks, the chicks are big enough that they no longer need the parent to help keep them warm and they require enough food that both parents need to be fishing more regularly to keep the chicks sufficiently fed. Chicks will group together for safety while their parents are at sea. These crèches are most often seen in surface-nesting species, as chicks of burrow-nesting species like the banded penguins and Little Blue penguin will usually remain in their own sheltered nest while waiting for their parents to return. 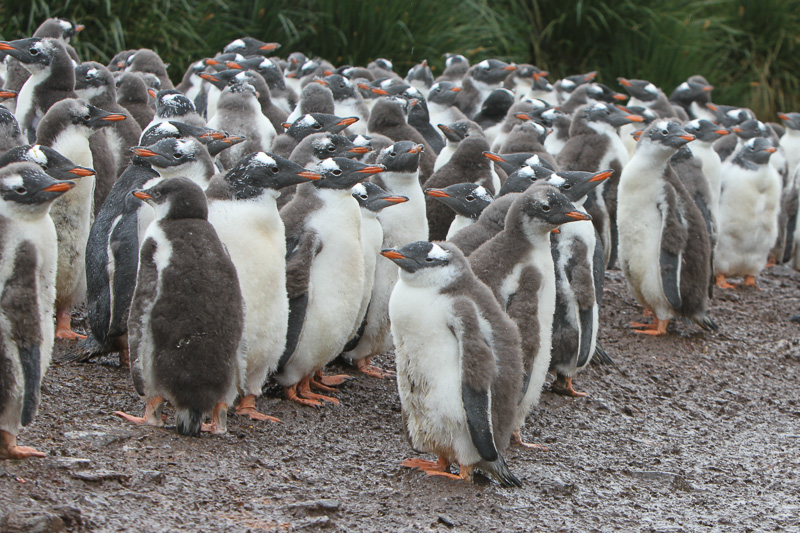 (4) A group of penguins is called a Raft!

This term is used to describe a group of penguins in the water. Penguins eat an exclusively seafood diet, and so spend quite a large portion of their time at sea hunting. Penguins will not only dive to hunt for food in the ocean but will also spend periods of time floating at the surface to rest or preen their feathers. Such a group of floating birds is likely what inspired the descriptive term!

Who knew there were so many different names for a group of these flightless birds? Which one did you find most interesting? Share your thoughts with us in the comments! Please help us continue to share more penguin stories by donating to Penguins International.