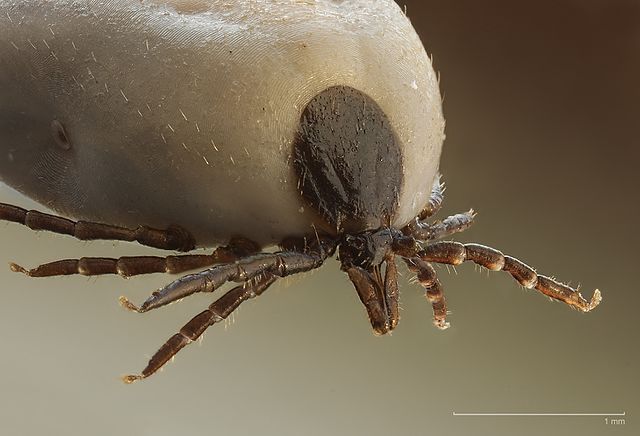 Considering that some penguins live on remote islands, it is remarkable that ticks have managed to arrive to all seabird colonies around the world. Let’s discover tick strategies for survival and colonization.

Penguins are not immune to the presence of parasites. Similar to other marine birds living in colonies, we find penguins constantly infected by ticks. Ticks from the genus Ixodes are the most widespread ubiquitous parasite in marine bird colonies.

As any other live organism, penguins are susceptible to parasite attacks.

Ticks have limited mobility and the only way for them to travel long distances is transported with the aid of their hosts. Ticks can quickly reproduce and spread on land in bird colonies, thanks to optimal conditions of bird agglomerations: Their proximity and interactions between individuals. Understanding parasite distribution, speed of spread, and possible impacts for bird health is a central topic in disease ecology.

Transmission of parasites at terrestrial locations therefore is expected, but something that has puzzled scientists for a very long time is how those parasites can be found even in the most remote places, indicating that parasites might be able to survive oceanic conditions. After all, when penguins finish breeding or molting, they go back to the ocean for weeks or even months.

However, many species of penguins reproduce on isolated islands or scattered colonies with low connectivity between them, potentially limiting the ability of ticks to disperse and colonize new environments, or at least that is what scientists have always assumed.

Ticks can even survive on penguins while in the ocean

In a recent set of experiments1, scientists have tested if ticks had the ability to survive and resist oceanic and physiological conditions imposed by penguins when traveling from one place to another.

Ticks from the genus Ixodes were collected from a colony of Little Penguins in Australia. The survival of these parasites was tested in several experiments. First, ticks were exposed to experimental regimes of varying depths. In the past, scientists used to believe that these arthropods were not able to resist water pressure conditions at deep dives. However, in the experiments all ticks were able to survive and passed the test of 60 m in depth, which are the distances that Little Penguins can reach. 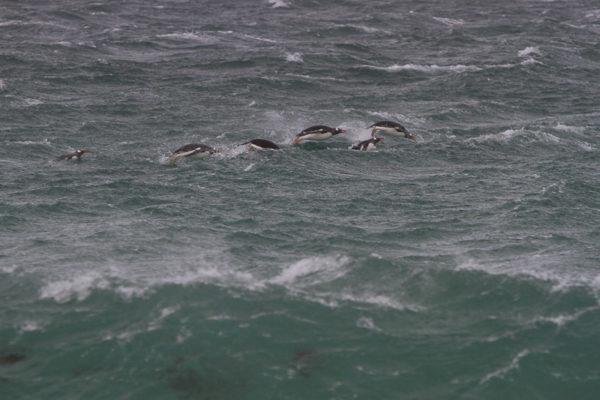 Penguins swimming in the ocean. Ticks can survive on them for weeks!

When ticks are buried deep within a penguin’s feathers, they have enough adaptations to survive even the harshest conditions

Then ticks were exposed to several temperature regimes. Arthropods can be very sensitive to temperature, which might affect their basal metabolism and their ability to survive. However, in the experiments most ticks survived to temperatures within the ranges experienced in a penguin’s body at sea. Depending on the tick’s initial body condition, some arthropods stayed alive even after two weeks, which is longer than the majority of Little Penguin trips.

Subsequently, ticks were tested in a regime of saline conditions and once again they passed the test. These parasites also prefer certain locations in the penguin’s body, commonly found in the inner ear, the head and the upper body of penguins.

Penguins submerge underwater to dive for food, restricting the availability of oxygen for ticks. The group of scientists found that ticks had the capacity to close their spiracles (i.e. the organ that allows respiration) for periods that lasted longer than any penguin’s diving time.  The fact that penguins expose only their heads to breath after every immersion guarantees oxygen supply for the parasites found there, and could explain why the arthropods prefer certain body parts.

In summary, penguin ticks have proved to be well armed to survive the harshest of conditions in terms of temperature, depth, salinity and starvation. Such characteristics might help facilitate the arthropod’s survival and dispersal, and their capacity to arrive at even the most remote islands. This would explain why scientists keep finding the same kind of parasites everywhere, even when islands are separated by thousands of kilometers.

These findings have answered a long-unconfirmed suspicion. The next step will be to understand the consequences that the presence of parasites have on individual penguin colonies and the risks for penguins when favorable conditions lead to increases in infestations. In the meantime, it is very likely that we will keep finding ticks attached to most traveling penguins.

Did you know ticks attached to penguins (vs humans or pets, as we might commonly think). And that they could stay attached to the birds for so long? They are determined! Please let us know what you think. We also greatly appreciate any support you can give us by donating to Penguins International so we can continue to provide you this type of information.

Please read some of our other blogs: