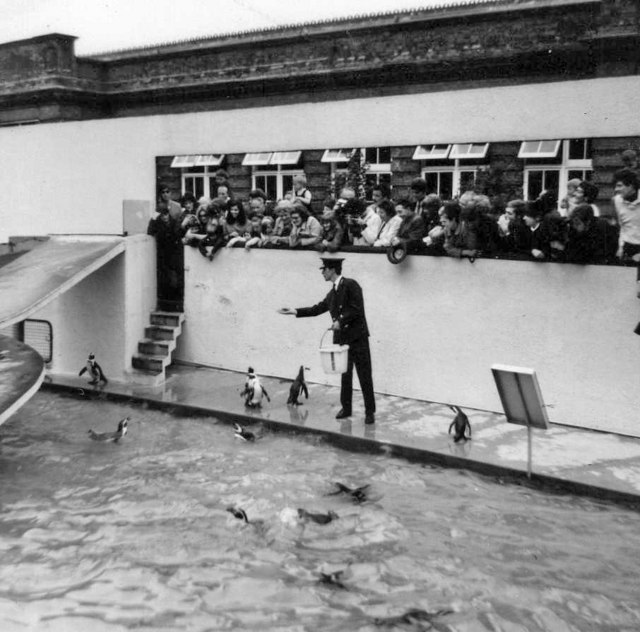 Zoos have evolved over the years from being individual organizations that collected animals, to now using their space to house animals for educational purposes or if a species needs human intervention to keep from going extinct. Additionally, zoo workers have developed more of a community and collaborate with each other between facilities, amongst scientists, and with scholars to create conservation programs to save species. This article will delve into some of the work that zoos are doing for penguin conservation.

*Warning: Background that is a little dense

Organizations like the International Union for the Conservation of Nature (IUCN) put together teams of experts, many of whom are zoo professionals, to reform policy around the world to benefit wild populations. In the United States, the Association of Zoos and Aquariums (AZA) has developed Taxon Advisory Groups (TAGs) to determine which species deserve the conservation spotlight within their taxa, based on their plight. They then create Species Survival Plans (SSPs) for the chosen ones, and studbooks are used to manage breeding populations who are on SSPs. Studbook keepers are typically working animal caretakers that manage the records in addition to their typical day job. Success stories from these programs have led to captive-bred wild releases to restore populations for black-footed ferrets and Panamanian golden frogs. These are just two examples of how species individuals can be successfully released into the wild through reintroduction programs as long as they are not habituated to humans.

There is a Penguin TAG that has developed SSPs for ten of the penguin species, which include African, Chinstrap, Gentoo, Humboldt, King, Little, Macaroni, Magellanic, Northern Rockhopper, and Southern Rockhopper Penguins. However, there are currently no reintroduction programs through AZA for penguins. This is because the issues within the environments in which the penguins live need to be addressed before releasing animals into them. Releasing more individuals into the current conditions (oil spills, rising ocean temperatures, food scarcity, etc.) that are causing population declines would not solve the problem. The IUCN has a Species Survival Commission- Penguin Specialist Group that identifies goals to effect change for penguins and their environments through the year 2020 in a report on the IUCN website. The SAFE program developed by AZA has similar goals as the IUCN, but specifically for African Penguins. 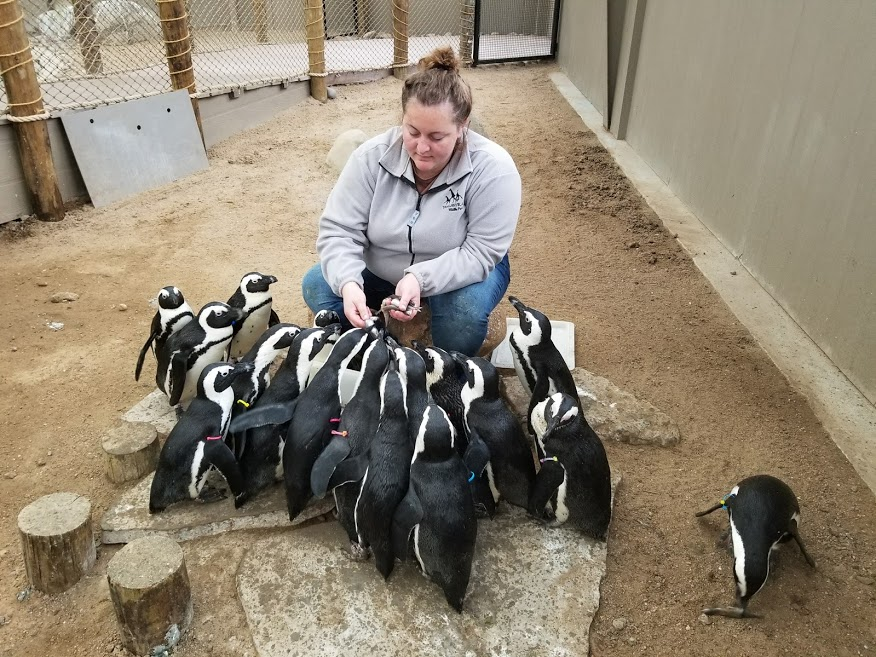 Until the time comes for reintroduction programs to be put into action for penguins, TAGs maintain a healthy and genetically diverse population of various penguin species in zoos as “stock.” The penguin “stock” also serve another purpose under human care as ambassadors for their wild counterparts. More simply put: A penguin animal ambassador is a living, breathing example of an extraordinary animal that you would never typically see without traveling to their natural habitat. Getting to see them up close at the zoo brings you into their world, and fosters a connection between you and the animal. Hopefully this causes you to care more about penguins in general. This may even inspire you to take action to help save wild penguins, whether it be by reducing your use of plastics, donating financially to organizations like Penguins International, or environmental tourism to help save a particular species.

If you decide to volunteer with an organization that cares for wild penguin populations, you would likely be working amongst a few zookeepers. At zoos, keepers learn species specific behavior and husbandry, so they are able to transfer those skills while working in situ (Latin word for on site!). An example of this is Maryland Zoo’s work with SANCCOB in South Africa. SANCCOB is an organization that rehabilitates then releases wild seabirds; one of which is the African penguin. During hatching season, which is in the fall, the facility is inundated with abandoned chicks that are reliant on human intervention in order to survive. Zookeepers from Maryland Zoo travel to the facility and contribute their working knowledge to assist in chick-rearing. Smaller facilities that do not have the means to send a keeper to help on site or facilities that are accredited by organizations other than AZA often find conservation groups to fundraise for so that the work can be carried out by field scientists.

You can find out information about conservation projects at specific zoos by looking at their websites or talking with a zookeeper. In honor of National Zookeeper Week (July 21-27, 2019) and the work keepers contribute to animal conservation, we say, “Thanks!”

Did you know all of this about penguins and zoos? Let us know! Also we more that appreciate any support you can provide so we can continue to provide this type of information to you.

Check out some of our other blogs, too, about penguins:

Why Are There No Penguins In The North Pole?

Why Are There No Penguins In The North Pole?

Email your favorite people a positive message. It’s a penguin post called a Pen Pals. Send as many as you want for FREE.