The choice of non-breeding penguins: To fast or not to fast?

By Nataly H. AranzamendiApril 18, 2019 No Comments 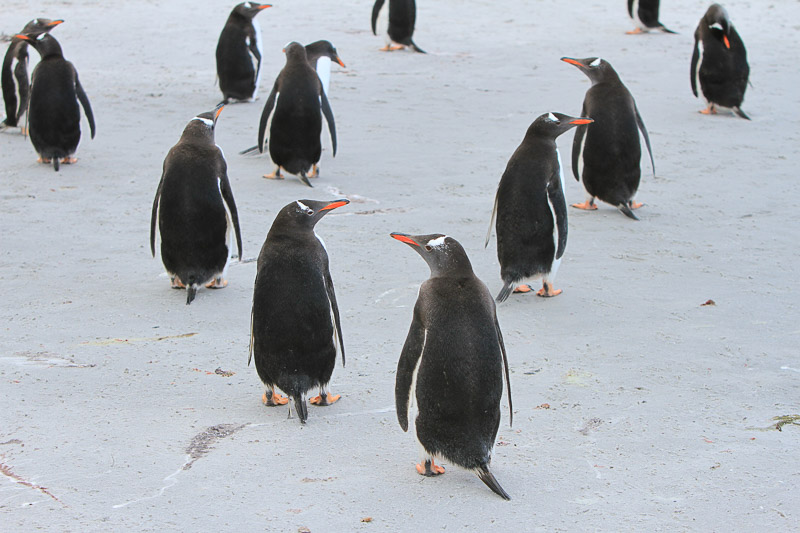 The choice of non-breeding penguins: To fast or not to fast?

Non-breeding penguins are an important portion of any penguin population and we know very little about them. Let’s explore new hints about their biology.

There are two critical points in the annual cycle of birds: the time of molt and the time of reproduction. Both processes are highly energetically demanding, and it’s often assumed that birds need to be in good condition before engaging in any of them.

For marine birds like penguins, sometimes it takes a couple of years before they are ready to start breeding. During this period of development, juvenile penguins might remain close to their natal colonies or they might choose to stay at sea for an extended period of time. In biology, we classify those penguins as non-breeding individuals. Non-breeding birds aren’t necessarily juveniles, however, and may be skipping a particular breeding season. This happens if a bird cannot successfully find a mate, its mate doesn’t return to the nest, or, for some penguins species such as King penguins, they often only breed every other year. But for other non-breeders, there doesn’t appear to be an obvious reason for skipping a breeding season.

Until now, the activities and changes in non-breeding birds have remained a mystery due to the difficulty to catch them in one site (i.e. they are not attached to any nest anymore) and the difficulty to follow them in their journey at sea.

Scientists have always believed that non-breeding birds are in poorer condition than breeders, because they might have less body reserves to engage in breeding and so they choose to skip it.

Alternatively, non-breeders maintain higher body reserves at all times in comparison to breeders, because they are not exhausted by the costs of raising offspring. Since breeding entails variable cycles of fasting and foraging, this assumption is likely. However, to date, no one had quantified such variation in conditions.

Where do non-breeding penguins go?

Luckily, not all non-breeding birds stay at sea and some remain around their colonies at the time other individuals decide to start breeding. This is good news because it could offer the opportunity to monitor those birds and understand how they conserve their body reserves.

In a recent study1, researchers have been able to quantify changes in condition in non-breeding penguins over several years. This study used data from a wild colony of Adélie penguins in Antarctica and from a captive colony of Gentoo penguins in an aquarium in Australia. 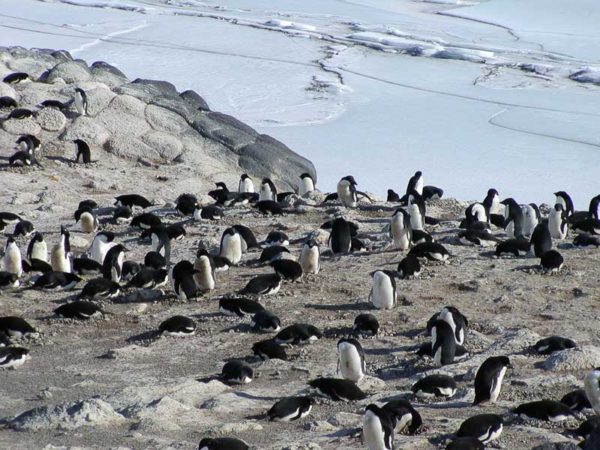 In this study, the comparison between wild and captive individuals would allow scientists to control for the main factor that is thought to influence condition: food limitation. While the wild individuals would be restricted by the availability of food, captive ones will have unrestrained access to food.

The findings were surprising. Unlike previous expectations, both breeding and non-breeding birds went through similar mass fluctuations throughout the breeding season.

Some years showed differences, for example, where breeding female Adélie penguins were heavier than non-breeding individuals before egg laying or when the chicks were in crèches. However, the overall pattern showed similar changes for both groups in all years.

Surprisingly, this pattern of mass fluctuations was also observed in the captive population of Gentoo penguins.

Why do penguins eat so much if they’re not going to breed? 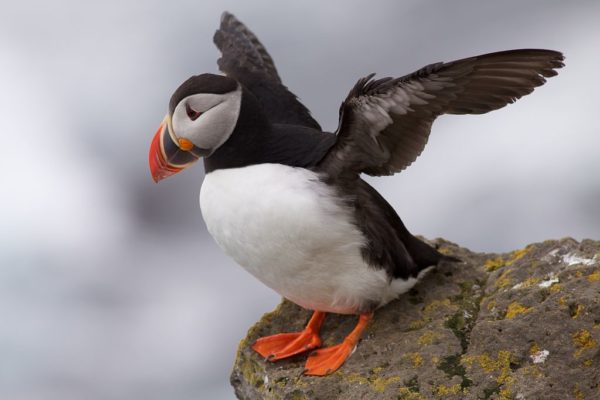 Scientists were puzzled by such findings. Why do non-breeders go through such changes if they have no need to gain reserves to breed? If this is in relation to food limitation, then why is such pattern also observed in captive individuals?

The answer seems to be found in the intrinsic physiological cycles that are regulated by hormones. Although this was not explicitly tested in this study, it seems to be the only logical explanation for such a ubiquitous pattern. Similar responses observed in other seabirds could offer more evidence. In puffins for example, body mass gain during good months increases the chances of survival during periods of less food. Alternatively, such mass gain could buffer mass loss of individuals during colder months.

Scientists believe that such mass fluctuations could be triggered by changes in light (i.e. photoperiod), which could explain why the weight changes are noticeable in breeding and non-breeding individuals.

This is quite interesting and could change the way we have always thought about penguins and breeding in relation to food limitation.

It is still unknown what happens with the birds that remain at sea throughout the year. Would they also experience a change in body mass? In order to answer that question, we will have to keep following these penguins and find out!

Breeding, non breeding. Food, no food. Light, no light. So much info! What did you learn be reading this? Please share your thoughts. Also, please help us continue to learn more about penguins, their habits and more by donating to Penguins International. We more than appreciate your support!