So You Want to See a Penguin 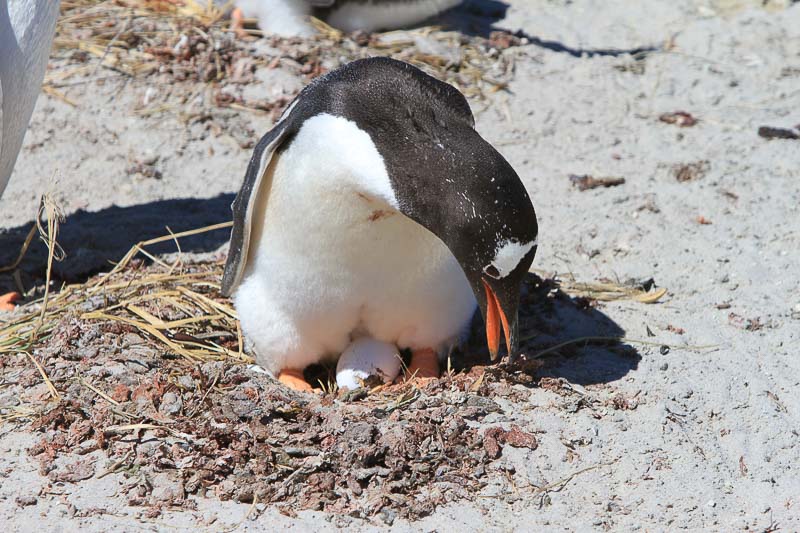 So You Want to See a Penguin?

Penguins are one of the most popular animals among wildlife enthusiasts around the world. People who want to see them in person have many options, as they are widespread all over the Southern Hemisphere and in zoos everywhere. Before one decides which method they will choose to encounter penguins, it is necessary to consider which options are beneficial to the birds—and which can be detrimental. Here you will find a brief summary of various penguin-viewing opportunities, and an easy guide to which options are best for the birds.

Viewing penguins in the wild

Penguins occur naturally on every continent in the Southern Hemisphere except continental Asia. There are many species of penguins that can be viewed on birdwatching tours, boat rides, and by anybody willing to try hard enough to find them. These encounters vary in cost depending on proximity to human civilization, which penguin species is to be viewed, and which type of organization is offering the encounter. Those who wish to visit penguins in the wild should consider whether or not human presence would be detrimental to the health of the birds.

In a study published by researchers M. R. McClung et. al., it was found that unregulated visitor access to Yellow-eyed Penguin colonies in New Zealand was resulting in a decline in penguin health and population stability. In this particular instance, the parents of young penguin chicks were more reluctant to come to the beach where their chicks were, because of the threat posed by the human visitors. Thus, many of the penguin chicks were not getting enough food. This is a great example of why it’s important to consider all aspects of penguin behavior before deciding if humans should interact with these animals. Here are a few ways people are able to view penguins in the wild in a safe manner for both the people, and the penguins: 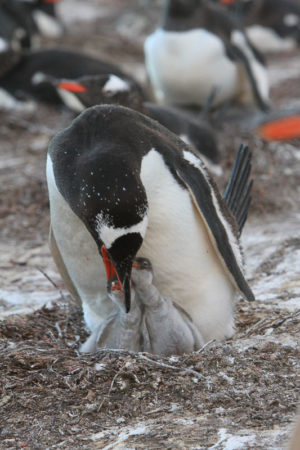 Gentoo Penguin with its chicks in the wild 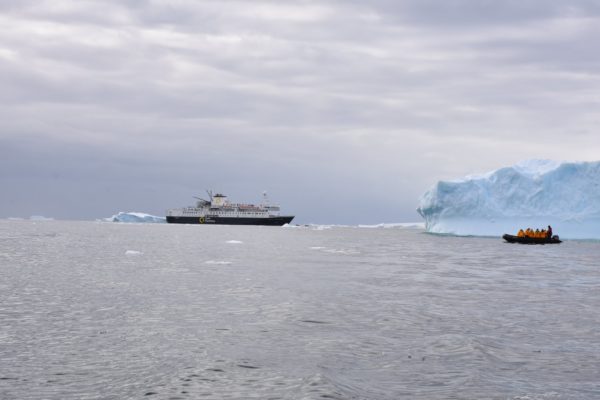 These ecotourism trips through numerous cruise operators provide excellent adventures for people willing to pay for them. Expert researchers and travelers lead tourists to the very ends of the Earth in search of incredible wildlife encounters. People planning on taking these trips can feel secure that they will always maintain a respectful distance from all penguins and other wildlife they might see. In addition, most tour operators in Antarctica have pledged to act responsibly with the wildlife and the environment. Be sure to check that your tour operator is a member of IAATO, the International Association of Antarctic Tour Operators, which is the “organization founded to advocate and promote the practice of safe and environmentally responsible private-sector travel to the Antarctic.” If your selected tour operator is not a member or IAATO, they likely have not officially pledged to protect the Antarctic environment during their tour activities.

A local tour company takes visitors by car and boat to Martillo, an island home to Magellanic and Gentoo penguins. This is a great tour for people that want a relaxed, casual penguin viewing experience, plus there’s the added benefit of the tour guides ensuring that you stay a safe distance from the penguins.

This island is home to a large population of Little Penguins. Visitors can stand on elevated platforms at a secure distance from the birds in the evening and watch the penguins return to their roosting grounds. This is one economical option that penguin lovers can take advantage of without breaking the bank. Phillip Island Nature Park offers these excellent encounters with Little Penguins, and as a conservation-based not-for-profit, the penguin-viewing fees go straight back to research and conservation of the birds that live there.

Many zoos and aquariums around the world host excellent penguin exhibits that allow visitors to get far closer to the birds than they would be able to in the wild. Visiting a zoo or aquarium is a great choice if you want to get close to the birds, learn interesting animal facts, and make a difference for conservation. Many zoos and aquariums are accredited by the AZA (Association of Zoos and Aquariums). AZA is an international group of animal care professionals that sets strict standards of excellence for zoos and aquariums around the world. Many zoos and aquariums that are AZA accredited also host Species Protection Plans (SSPs). SSPs are projects run by zoo or aquarium professionals that aide in the conservation of an animal species that is in danger of extinction. Many of these SSPs breed animals, like penguins, in captivity that can eventually be reintroduced in the wild. Zoos and aquariums also often provide great homes for animals that were injured or orphaned in the wild and would be unable to survive on their own. 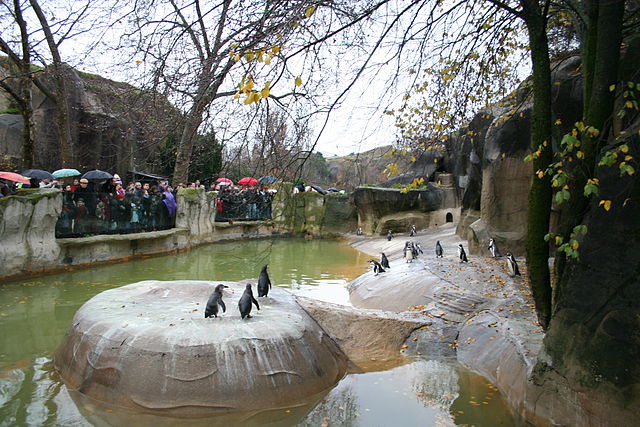 Ultimately, the decision of how and where you view penguins is up to you. Hopefully this guide helps provide a greater understanding of how penguins can be viewed in safe, sustainable ways. Ecotourism and citizen-science activities (such as birding) are great ways for people to come close to nature and provide funds or data to researchers that are trying to save wildlife species. Your decision to safely encounter penguins in the wild can make a big difference in conservation, helping to keep penguins waddling for generations to come.

Have you seen penguins in person? If so, where? If not, where do you plan to go or where would you like to go? We love hearing from you.

Want to read more about penguins? Read some of our other blogs: